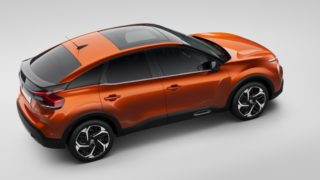 Back in May, I talked about how disappointed I was with Citroen’s failure to embrace the electric vehicle.

I would love to be able to buy an EV version of my Berlingo car, which is a perfect shape for me. With the right specs, I’d buy one tomorrow. Citroen have toyed with me in the past, by announcing that they would be available. But all they have done is come up with EV variants of the commercial van version of the Berlingo, with limited range. Even their Berlingo EV Crew Van, which has back seats, and looks not a lot different to my own car, only has a range of 100 miles, and no fast charge.

I had ruled Citroen out of my car search. But now look what has just come along. The Citroen e-C4. 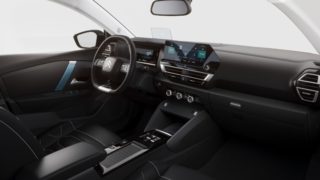 This is the EV version of Citroen’s C4, which is a nice car in itself.

But more interesting than that alone, the “car” version of the Berlingo, the Berlingo Modutop, to give it’s full name, is actually based on the C4 chassis and drive train. The only difference between the two cars is the body, fittings and the price – the Berlingo is about £6K cheaper than the C4, even though the performance is much the same.

So it is possible that an EV Berlingo is in the pipeline, after all. I do hope so.

Here is what tipped me off – Fully Charged’s socially distanced look at it.