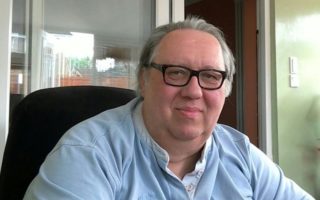 I am trying to get back in the habit of posting the interesting stuff I have to say (for some definition of “interesting”) to my own blogs, where I can control the layout, images and have a easily searchable “diary”. Which is essentially what it is.

It used to be easy to automate cross posting of stuff to Facebook, which let me post where I wanted to post, but also still make it accessible to friends on Facebook. But then Facebook ripped up the API most integrators were using, and everything broke. As a result I found myself writing more or less the same content on both my blog and FB, and sometimes just on FB.

It now turns out that API driven posts to Facebook Groups and Pages are now working again, and the two integration tools I have mainly used – Integromat and Zapier – both have them working. This has been the case since last year, I think. But when I l0oked into it, I was disappointed to see there is no way for me to cross-post to my personal “social” feed on Facebook.

Anyway, I decided to get Food Adventure working again, which I can do as it is a Facebook group. So now any new articles I post to the Food Adventure blog will get a link posted to the group. Note that I will still be posting some things within Facebook – announcing a delivery of cheese, for instance – it is the longer articles that I am taking back for my blog.

Then, because I could, I set up a link to post anything from my personal “Filklore” blog that involved Katie to my Katie the Beagle FB Group.

So that only left personal blog posts that weren’t about Katie. This being one of them.

Because I am a completist, I have created a new group called “Chris Malme’s Filklore Blog“. This group may well be of no interest to anyone other than myself, but it is easy to join, and will receive summaries and links to any new blog post that I write.

I’ll go into detail of the exact process in a later post.